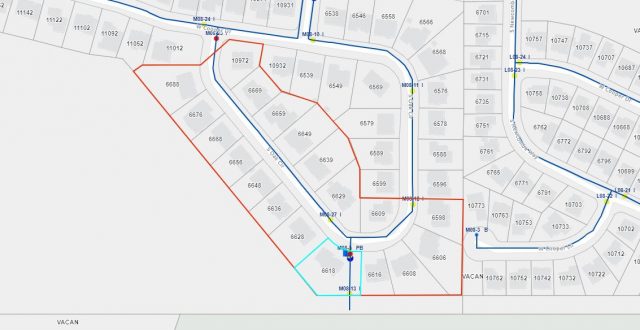 WATER WAS RESTORED TO ALL AFFECTED RESIDENTS AT 1:20 PM.

Water termination has been delayed until tomorrow, January 7, from 8 am until 1:30 pm due to complications. The District apologizes for this inconvenience.

Southwest Metro is installing a new valve near 6618 S. Oak Circle on Wednesday, January 6. This project was originally scheduled for November 30, but had to be rescheduled due to unforeseen circumstances.