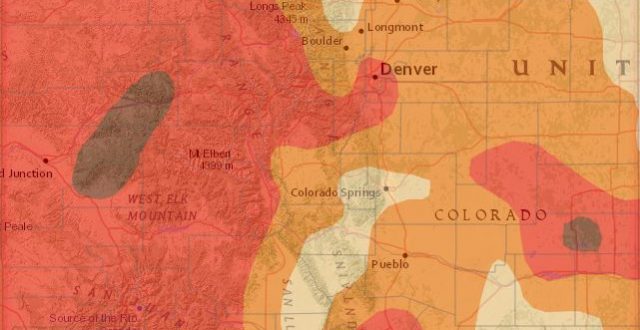 Although the Summer Watering Rules concluded on October 1, the District would like to remind you that dry conditions continue to cover 100% of the state with nearly 90% in severe, extreme, or exceptional drought categories. 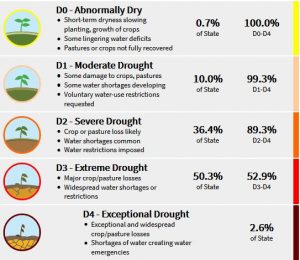 According to the September 29 update from the National Integrated Drought Information System (NIDIS), 2.6% of Colorado is in an exceptional drought, 50.3% is in an extreme drought, 36.4% is in a severe drought, 10.0% is in a moderate drought and 0.7% of the state is abnormally dry. Collectively, 100% of Colorado remains in a drought. The map featured above shows the drought conditions on September 29.

Gov. Jared Polis has expanded the second phase of the state’s drought response plan to all Colorado counties. This phase means a drought task force assesses initial damages and impacts of drought and recommends mitigation measures.

The Agricultural Impact Task Force is also activated, which will conduct an assessment on physical and economic impacts, as well as recommend mitigation opportunities. Polis sent a letter to the U.S. Department of Agriculture, asking for emergency relief for Colorado producers.

For more information on the developing 2020 drought season and response resources, visit the Colorado Water Conservation Board drought website.

Denver Water’s reservoir levels are a total of 83% full. This time last year they were 87% full. Denver Water’s supply reservoir contents as of October 5 are represented in the table below.