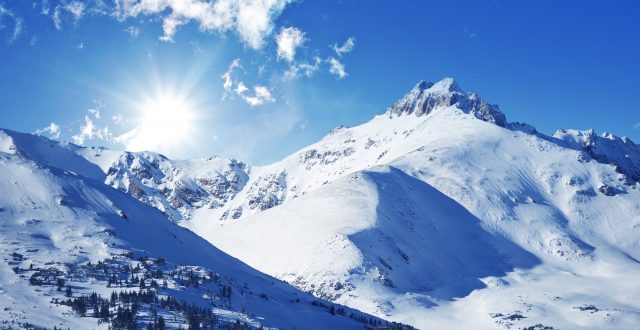 After a nice, calm and relatively warm January, February has been bombarded by snow boosting Colorado’s snowpack up 10% from what it was at the end of January. Statewide snowpack is at 115% of average as of February 18th. Experts are stating that we are in reasonably good shape for being halfway through the regular snowpack accumulation season. Snowpack levels in Colorado typically ascend in April. 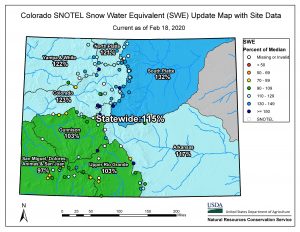 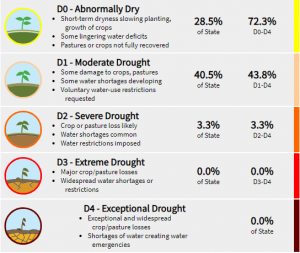 Although snowpack and cumulative precipitation levels are above average in Colorado watersheds, nearly three-quarters of the state is registering on the drought monitor.

According the United States Drought Monitor’s most recent update on February 11th, 3.3% of the state is in a severe drought, 40.5% is in a moderate drought and 28.5% of the state is abnormally dry.

Reservoir levels are near average and are represented in the table below. This data is from Denver Water’s Water Watch Report dated February 10th.