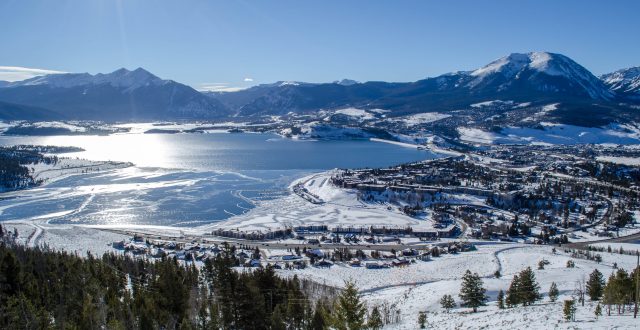 According to experts from Denver Water, snowpack is in good shape as we head into the runoff season. Statewide snowpack is at 107% of average as of April 21st. Denver Water relies on mountain snow for 80% of its water supply. Their experts are optimistic that their essential reservoirs will fill during this spring run off season. 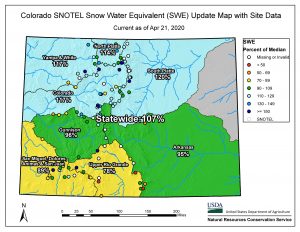 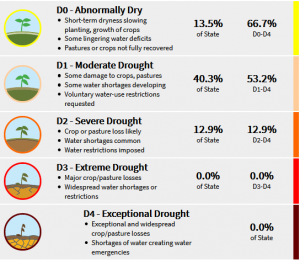 Although snowpack and cumulative precipitation levels are above average in Colorado watersheds, 66.7% of the state is collectively registering on the drought monitor.

According to the most recent update from the National Integrated Drought Information System (NIDIS) on April 14th, 12.9% of the state is in a severe drought, 40.3% is in a moderate drought and 13.5% of the state is abnormally dry.

Reservoir levels are near average and are represented in the table below. This data is from Denver Water’s Water Watch Report dated April 20th.