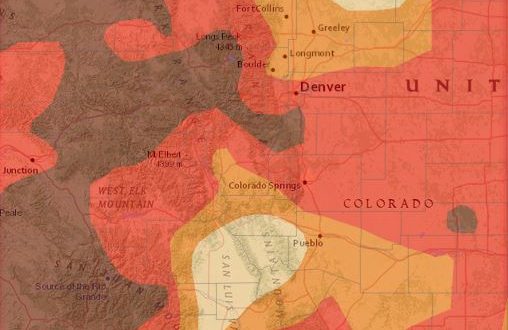 For nearly 15 weeks, deep and persistent drought conditions have covered 99-100% of the state. 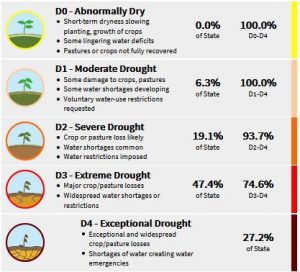 According to the November 24 update from the National Integrated Drought Information System (NIDIS), 27% of Colorado is in an exceptional drought, 47% is in an extreme drought, 19% is in a severe drought, and 6% is in a moderate drought. Collectively, 100% of Colorado remains in a drought. The map featured above shows the drought conditions on November 24.

Water Year 2020 was the third driest water year on record, trailing only 2002 (driest) and 2018 (2nd driest). So far in November, eastern Colorado has experienced above average temperatures that are likely to continue, while several decent storms blanketed the mountains, resulting in average snowpack for this time of year in western Colorado.

On November 30th, Governor Polis activated Phase 3 of the State Drought Mitigation and Response Plan along with a Municipal Water Impact Task Force to help water providers coordinate and prepare for a potential multi‐year drought. Climate outlooks for 2021 indicate drought conditions are highly likely to continue next year. Should well-above average snowpack accumulate over winter months, the state may choose to revert back to an activated “Phase 2”.

Statewide reservoir storage is currently at 82% of average. Denver Water’s reservoir levels are 79% full. This time last year they were 85% full. Denver Water’s supply reservoir contents as of November 30 are represented in the table below.