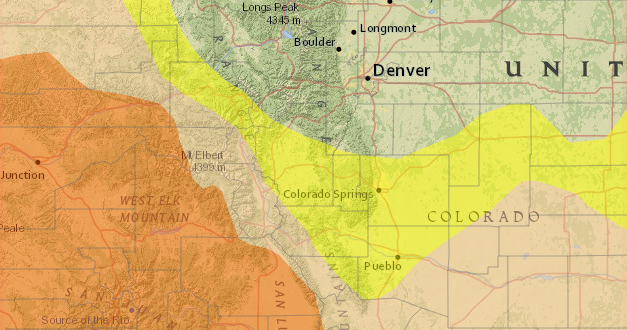 According to the December 3 update from the National Integrated Drought Information System (NIDIS), 30.3% of Colorado is in a severe drought, 25.6% is in a moderate drought and 15.9% of the state is abnormally dry. Collectively, 75% of Colorado is registering on the drought monitor. The map featured above shows the drought conditions on December 03, 2019. 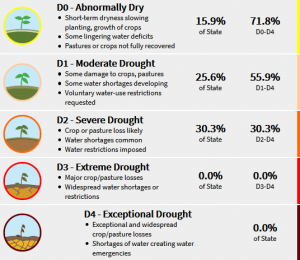 Water year 2019 (October 1 – September 30) was defined by a near average temperature and was the 34th wettest year in a 125-year period. There were notable precipitation deficits from August 26 – November 23, especially in the western part of the state.

The start of Water Year 2020 (October 1) saw dramatic temperature swings statewide from the warmest September on record to the 4th coldest October on record, marking one of the states largest changes in monthly average temperature.

Reservoir storage remains near above normal in all major basins and is 109% of average statewide. 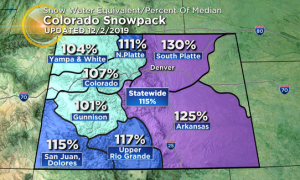