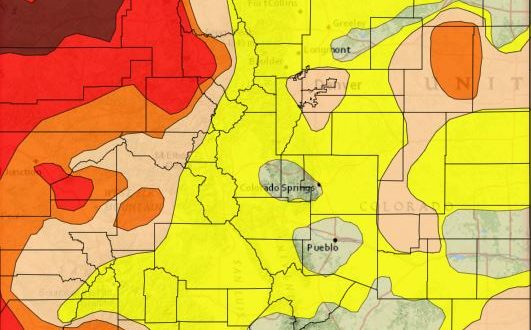 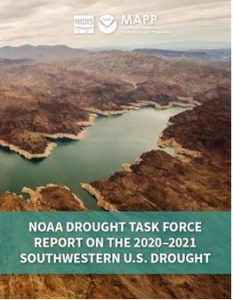 For the six states of the U.S. Southwest (Arizona, California, Colorado, Nevada, New Mexico, and Utah), January 2020 through August 2021 have been exceptional in the observational climate record since 1895, with the lowest total precipitation and the near-highest temperatures recorded, which together imposed an unyielding, unprecedented, and costly drought. This exceptional drought punctuates a two-decade period of persistently warm and dry conditions throughout the region.

The low precipitation across U.S. states and seasons appears to have been largely due to natural, but unfavorable, variations in the atmosphere and ocean. As such, predicting when total precipitation will return to pre-drought levels is a challenge. While summer 2021 brought welcome monsoon rains to parts of the Southwest, several seasons (or years) of above-average rain and high elevation snow are needed to refill rivers, soils, and reservoirs across the region. This suggests that for much of the U.S. Southwest, the present drought will last at least into 2022, potentially longer. 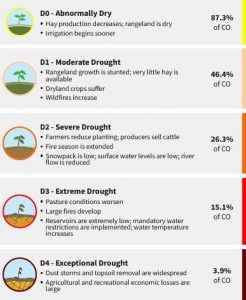 According to the September 28 update from the NIDIS, 4% of Colorado falls into the exceptional drought category, 15% is in an extreme drought, 26% is in a severe drought, 46% is in a moderate drought, and  87% of the state is abnormally dry. The map featured above shows the drought conditions on September 28.

Denver Water’s reservoir levels are 88% full. This time last year they were 87% full. Denver Water’s supply reservoir contents as of October 4 are represented in the table below.