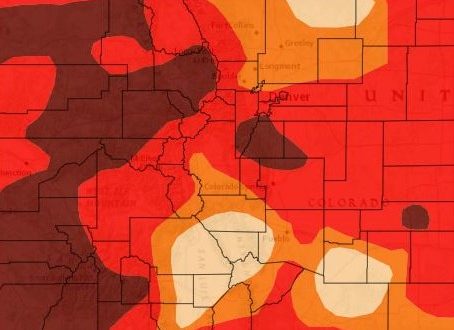 Persistent drought conditions continue to cover 100% of the state. 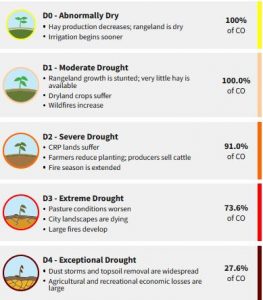 According to the January 12 update from the National Integrated Drought Information System (NIDIS), 100% of Colorado is in a moderate drought with 91% in a severe drought, 74% in extreme drought and 28% in the exceptional drought category. The map featured above shows the drought conditions on January 12.

Snowpack conditions are currently below normal, but we are only about one-third of the way through the accumulation period. The highest accumulation of snowpack occurs from February through April with the snowiest months typically being March and April. While there is still time for snowpack to build and hopefully provide a normal run-off season, water planners are preparing for a worse outcome.

“We want to be ready, no matter what,” said Jason Finehout, the coordinator of Denver Water’s Water Shortage Committee. “If things don’t improve, it’s possible that Denver Water could move to drought restrictions at some point this year,” he said.

On November 30th, Governor Polis activated Phase 3 of the State Drought Mitigation and Response Plan along with a Municipal Water Impact Task Force to help water providers coordinate and prepare for a potential multi‐year drought.

Denver Water’s reservoir levels are 78% full. This time last year they were 87% full. Denver Water’s supply reservoir contents as of January 11 are represented in the table below.